Scotland really does try to make me want to leave forever sometimes with the bleak days and the vicious midges. But it was definitely trying to remind me why I belong there during the last couple of weeks before I headed off! Beautiful sunshine every day and some time back home on the west coast.

I went to Barra with a bunch of my homeboys and it really was a few days in paradise! Barra is like a tropical island with palm trees, white sand, beautiful wild flowers and the freshest of fresh seafood.

The family of one of my oldest and greatest childhood friends,  the bold Angus Hannah, owns a wee croft there and that’s where we stayed. Angus’s grandpa was a doctor on the island and he actually played a big part in the saviour of the Eriskay pony whose population dwindled down to only about 20 in the 1970s. They are hardy little beasts and the breed has remained really pure due to the remoteness of the islands.

We climbed barefooted to the top of Ben Martin, from where we could just about see St Kilda. We dined on a whole load of freshly landed monkfish and scallops. We  rolled down sand dunes (note to self: keep mouth closed next time) and jumped the waves. Best of all though… We swam with seals. They were so close I could count their whiskers. Sadly I was unable to get any snaps of that, but it is something I will never forget.

Living on the east coast of Scotland was fun and all, but nowhere in the world beats the west coast in the summer. If my last week in Scotland had been full of rain and midges I might be tempted to stay away forever more, but being back home has definitely gone and saved the day.

There’s an old saying in the Outer Hebrides: ‘if you can’t have fun on Barra, where can you have fun?!’ 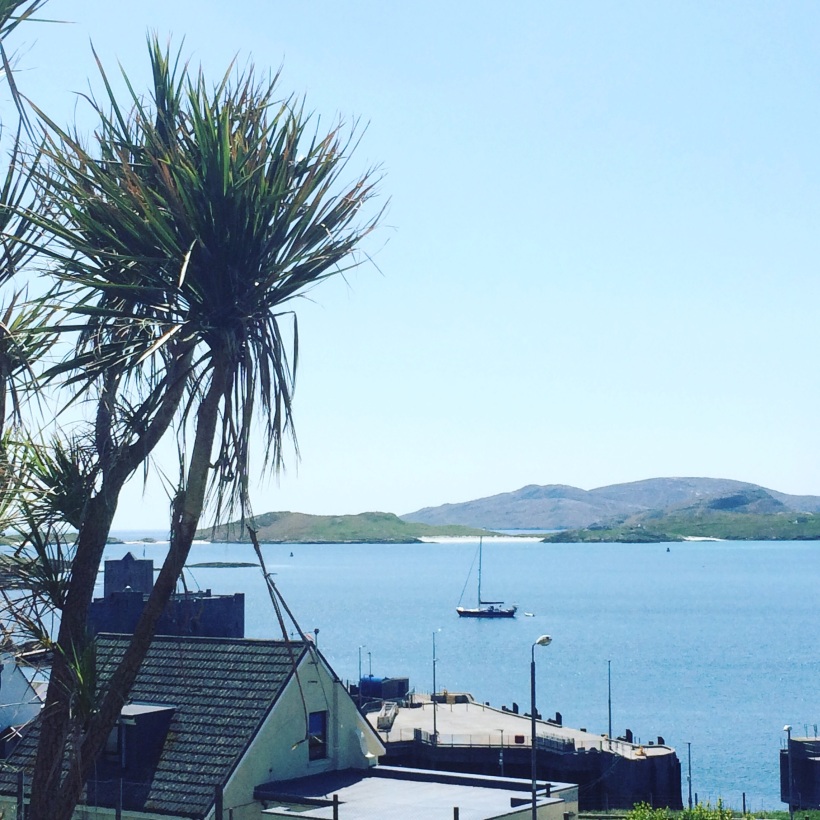